Zevera.com is well known to many people. While the service was founded many years ago and was the market leader in the American market for many years, the service became worse and worse. There are numerous negative reviews on the Internet that criticize the fact that something is always not working. Finally Zevera.com went offline without announcement in March 2018 and was relaunched in May 2018 under new management. While at the beginning there was talk about a completely new, three-person team, this statement can no longer be found on the website, because in fact there is none other than Premiumize.me behind the Zevera relaunch. They obviously did not bother to hide this, so the design is completely identical and even the same company name can be found in the imprint. Compared to Premiumize.me, the offer is clearly limited and is limited to Torrent, Usenet and Filehoster. However, there are some differences. Interestingly, Zevera’s prices are well above those of Premiumize.me. But this is about Zevera.com, so we consider the multihoster in our review as a completely independent provider.

As already mentioned, Zevera.com offers the possibility to download and stream from 37 file- and streaming hosts. Furthermore, there is the so-called cloud storage, in which files can be stored in the in-house Zevera cloud. While files can be downloaded directly from filehosters (which can also be loaded directly into the cloud), files from Usenet or torrents must always be loaded into the cloud first. From there they can either be streamed or downloaded.

Of course, Zevera.com is also limited, although in direct comparison with Premiumize.me it is immediately obvious that billing and limits are not so complicated. Anyone who has ever used Premiumize.me knows that the best thing to do there is to have a calculator to unravel the clutter of GigaBytes, points, factors, etc… At Zevera.com, this is much easier, providing the user with 100 GB of storage space in the cloud. Furthermore, 300 GB of traffic is available for 30 days periode, with the most important services even unlimited (Cloud Download, Torrent, Usenet, Openload.co, Uploaded.net, Streamango.com, Streamcloud.eu, Rapidvideo.com and Vidto.me). Furthermore, it is very positive that there are no individual filehoster limits. That means theoretically you could load 300GB from Rapidgator.net in just one day. Negatively, it immediately became apparent that you can’t see anywhere how much you actually have stored in your cloud. On request, the support only said that this feature would be implemented “soon”. You can find out how much you have saved only by contacting the support or by multiplying all files. It is also a pity that the limits cannot be increased. Especially when it comes to storage space, the option to buy additional space would be very desirable.

Note: Even a month after my test, you still can’t see how much is stored in the cloud.

As with Premiumize.me, the website is not really user-friendly. Finding the list of supported file hosters at the beginning is already very laborious. If you are looking for it, you can find it via Features -> Filehosts -> List of supported hosters. Also in the search for the limits you have to click your way through half of the account.

Unfortunately, there are no instructions on how to set it up at all. Since currently only jDownloader is supported, this is not so tragic. Adding an account in jDownloader should be possible without instructions.

I was honestly surprised how well the filehosters (also compared to Premiumize.me) work. From time to time there was a dubious error, but all in all I could download without any problems. No comparison to old Zevera. Also, there are hardly any filehosters that are marked as not working, and as far as I could test this by random samples, it is true. A truthful filehoster list is definitely a plus.

The selection is rather small compared to the old Zevera (over 115 filehosters), but many important ones, like Rapidgator, Uploaded, Icerbox and 1fichier, are included.

Downloading torrents works relatively smoothly. Inserting a magnet link or uploading a.torrent file adds and downloads the torrent. Once this is complete, the files are available in the cloud. Some of the downloads into the cloud took quite a long time during my tests. The torrent often stopped at 99% and then took a few more hours to complete. Of course, this is very annoying when you want to watch the latest episode of your favorite show and then have to wait hours.

Downloads from Usenet to cloud were much better, but sometimes take a little time to start. Unfortunately, Zevera offers only 1000 days of retention. For the irregular use definitely okay, but if you mainly want to use the Usenet, then you should rather use a Usenet provider, especially since Zevera does not offer the possibility to use the Usenet with a newsreader.

The cloud is sufficient in principle. It is possible to download files from filehosters, Usenet, torrent and HTTP(S) remotely and you can also upload your own files via the website. Of course, how secure the storage is, can only be determined by long-term tests, but at least with Premiumize.me, files have disappeared more than once, so I don’t assume that this is different with Zevera, so the Zevera cloud cannot replace Dropbox. But it should be enough for the files you usually download with Zevera. The basic management functions such as copy, cut, paste, rename, etc. are also available.

Negative (as already mentioned) is the missing space display and the function to unpack archives (like RAR or ZIP), this only works for Usenet archives at the moment. Many files from filehosters are therefore not really usable in the cloud. In my opinion, completely incomprehensible and a very big drawback.

It is possible to stream videos from the cloud and from filehosters directly in your browser. Furthermore, the videos can be streamed to the TV from the player via chromecast or airplay. The option to automatically search for suitable subtitles is also very nice. Unfortunately, you cannot use your own subtitles.

As I noticed during the tests, each service seems to use different servers, so the speeds are different. Depending on whether the file is already on their servers (cloud or cache) or not, the speed may vary.

Unfortunately, the download speed into the cloud can hardly be measured. An HTTPS download of our 10GB test file took only a few minutes. However, exact speeds are usually not indicated to us. Basically, it can be said that even large files are downloaded quite quickly.

We test the speed with a 1 GB test file with several servers. Further information on the process can be found here.

The speed is perfectly ok, even if the routing to Asia seems to be worse than to Europe. I couldn’t find out where the servers are located, but apparently Zevera uses Cloudflare as a CDN provider, which would explain the very good results on the US server.

Here again we test with the same file, whereby we have now uploaded it to different file hosters.

The reason for the different speeds is probably the filehosters themselves, because the files have to be sent from the file hoster to Zevera and then via the CDN (in the USA) to me. All in all, the speed is quite good and usually you use several parallel downloads and connections. I was able to make a full use of a 100 Mbps home line without problems.

Icerbox was marked as unstable at the time of testing, so the download didn’t work accordingly. Rapidgator caused problems again and again during the test and finally I could not test the download with the last servers, because the HTTP error 403 (Forbidden) was always displayed.

The support is the biggest catch on Zevera and sometimes really a disaster. You can clearly see that the team for Zevera is very small or the priority for Zevera very low. While general support requests are answered from “Katie” quite quickly, you wait for “Michael” eternally and sometimes in vain. I created five tickets at Zevera, three of them were answered by Katie in a friendly and professional manner. Two of them were unfortunately forwarded to Michael (who is probably something like a 2nd level support) during the course of the conversation. The answer to one of the tickets only came after more than a week and another one (from mid-June) has not been answered until today (three weeks later), despite repeated inquiries.

In my opinion, this is completely unacceptable, especially for a 2nd level support.

Of course I also pointed out the problems with the missing storage space display of the cloud, etc.. Unfortunately nothing has happened in that time. After all, problems with the account were fixed very quickly and as a gesture of goodwill my fair-use status was reset, which I had not expected.

As already mentioned, the prices of Zevera are higher than those of Premiumize.me, despite lower offering. With 12.99 USD per month, they are also quite high compared to other multihosters. Even with the annual account (89.99 USD) the monthly price is still 7.49 USD. In addition (depending on the country) there are also taxes, which are calculated automatically during payment.

However, there is a clear plus for the payment methods offered. In addition to credit cards (VISA, Mastercard, American Express and Discover), PayPal, Amazon Pay and bank transfer are also accepted.

Another negative aspect is that refunds are almost impossible and there is no possibility of testing. In addition I have to say that I got 72h for testing on my account as a new user (anonymously).

Zevera offers a stable service and is definitely no longer comparable with the “old Zevera”, so you really have to pay attention to the date when reading ratings on the net. Basically the service is to be evaluated as absolutely positive, unfortunately with a slightly negative taste. It is mainly small things that are incomprehensibly ignored by the Zevera team. These include the cumbersome website structure, but also the missing storage display of the cloud or the unpack function for archives. As a result, Zevera often seems unfinished, according to the motto “the main thing is that it works somehow, no matter how”.

A clear negative point is definitely the support, which often only delays or completely ignores the requests. The high prices are, in my opinion, simply too high and not according to the offer, but of course everyone has to decide for himself. Apart from that, Zevera is fully recommended!

For this test, Zevera.com provided us with a free account. However, this does not affect our objective review. Further information can be found here. 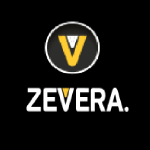 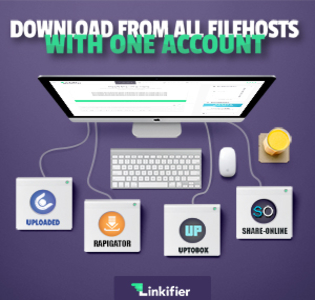