Cloudflare has suspended the account of the streaming host RapidVideo.com and several similar sites. According to Cloudflare, copyright infringements were not the reason for this.

Cloudflare came in the last years repeatedly into the critique to encourage copyright infringements, because by traffic over Cloudflare is led, only the server IPs can be determined by Cloudflare, not however those the server behind it. Cloudflare is one of the leading CDN and DDoS protection services of millions of websites, including many filehosters and warez sites, including ThePirateBay.

Cloudflare has in the past vehemently refused to close accounts for copyright infringement because the company acts as a neutral broker and does not see itself as a judge. Thus a court order would be necessary, which turned out so far as difficult. 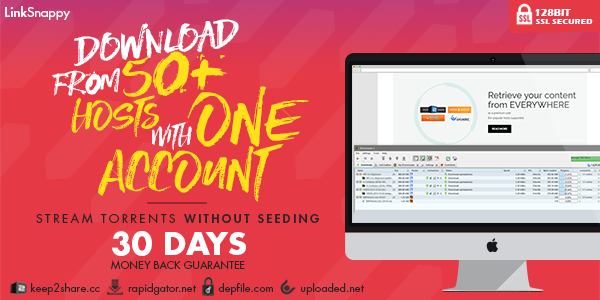 Despite this positive attitude, RapidVideo announced at the end of 2018 that Cloudflare had blocked their account. As reason Cloudflare does not cite any problems with the copyright, but a violation of the terms and conditions, according to which the restriction for non-HTML caching was exceeded. Even though RapidVideo did not deliver its videos via the CDN service, Cloudflare was used to cache images, a total of several terabytes of data. As Cloudflare states in a letter to RapidVideo, Cloudflare is neither a hosting provider, nor is the storage of files permitted. The use of the Cloudflare services primarily as online storage place, including the storage or intermediate storage of a disproportionate percentage of pictures, films, audio files or other non-HTML contents, is forbidden.

As the news site TorrentFreak reports, some of the other blocked sites had even playout videos using CloudFlare, which makes Cloudflare’s decision to close the accounts understandable. Nevertheless, the operator of RapidVideo is convinced that the number of DMCA messages played a role. Cloudflare, however, vehemently denies this and emphasizes that disproportionate caching activities could potentially have a negative impact on other Cloudflare users, so regular steps are taken to prevent this.

However, it is noticeable that other well-known streaming hosters are apparently not affected by the action, e.g. Openload still uses Cloudflare. In any case RapidVideo will not make any more undertakings to use Cloudflare in the future and now uses the competitor CloudDNS.

It now remains to be seen whether Cloudflare will also exclude other sites under this reason, but currently there are no indications.